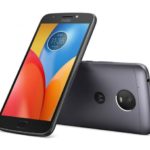 This year Motorola released Mote E4 plus is a smartphone built to last. Moto E4 Plus is powered by 1.3GHz quad-core MediaTek MTK6737M processor and it comes with 3GB of RAM. The phone packs 32GB of internal storage that can be expanded up to 128GB via a microSD card. As far as the cameras are concerned, the Motorola Moto E4 Plus packs a 13-megapixel primary camera on the rear and a 5-megapixel front shooter for selfies.

The Motorola Moto E4 Plus runs Android 7.1.1 and is powered by a 5000mAh non removable battery.

On the spec sheet its an average phone using MediaTek processor which is one of the downsides of the phone. But if you are using your smartphone for business (mostly emails, browsers, movies), then this is the phone for you. The upscale about this phone is battery life. It will easily last you 2 days. This is the reason I am in love with this phone. No need to carry a power bank along with you, and now I inhabit of charging the phone every second day.

The phone is little heavy due to its huge battery size. Another thing which I like about the phone is that figure scanner is incorporated in home button which you can use it also for closing the app and switching apps by swiping right and left.

So I think its a perfect phone for those who don’t want to charge their phone every day and who are not in heavy gaming on phone. Its available on Flipkart for just Rs. 9999

Let me know what do you think about the phone.